Margin Trading in Cryptocurrency: Features and Secrets of Success

Margin trading in cryptocurrency is very popular with traders, as it increases earnings several times without increasing capital investments. However, as well as any earnings with high profit potential benefit, it has quite high risks. But if you understand its peculiarities well, the risks can be minimized. We’ll explain these peculiarities in this article.

What is Margin Trading on the Exchange of Cryptocurrencies?

It differs from the usual trading games in that the player speculates not only on his own assets, but also on borrowed funds, which he borrows from the exchange on credit against the security of his assets.

With the help of borrowed funds, he can buy and sell several times more cryptocurrencies than he could have done using only his own capital, and therefore, the benefit of successful operations also increases proportionally – by several times.

The very name “margin trading” comes from the word “margin”, which in this case means, roughly speaking, collateral. Margin is the player’s own funds, which he provides as collateral when he takes a loan. 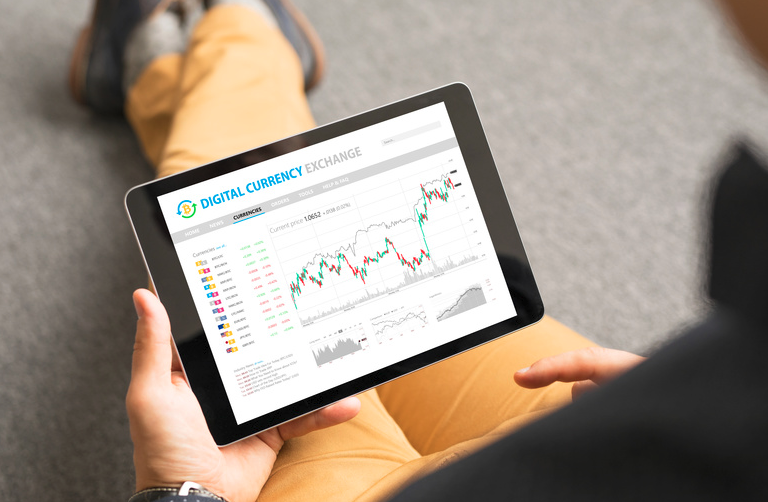 Let’s assume that the investor has $100 and the confidence that some kind of cryptocurrency, for example, Litecoin, will grow. He wants to buy it now so that he can sell it more expensively and make a profit in the form of a price difference. But for $100 he can buy only 1 Litecoin (even less, but for clarity, let it be 1). This is too little for our trader.

Then the trader goes to the crypto exchange with the possibility of margin trading and occupies money there. In fact, he does not borrow money from the exchange, but from another cryptocurrency investor, who provides loans to other traders at a certain interest rate.

The interest is mainly set by the lender himself, deciding for himself for what amount he is willing to allow another person to use his assets. Because of this, the interest rate varies from stock exchange to stock exchange and for different cryptocurrencies.

The maximum amount that a player in need of money can borrow from the creditor is determined by the exchange. This amount is denoted by the concept of “leverage” and is indicated as a coefficient.

For example, leverage 1:1 indicates that the player can borrow from the creditor as much as he has in his account. In our example it is 100$. Leverage 1:2 allows you to borrow twice as much as you have in your account – in our case $200. Leverage 1:3 will allow a player with $100 to borrow $300 and so on.

100$ – his original funds – also remain in his account, and he returns $300 to the creditor. Thus, the net profit will be $80 minus interest and commissions, probably just over $75.

If the player hadn’t used the borrowed funds and traded only his $100, he would have made a profit of $20 minus the commission of the exchange.

When the expectations of the borrower are met, the situation turns out to be of benefit to everyone: when a successful deal is closed, the player returns the money to the creditor with interest and stays profitable. But the player’s expectations may not be met. 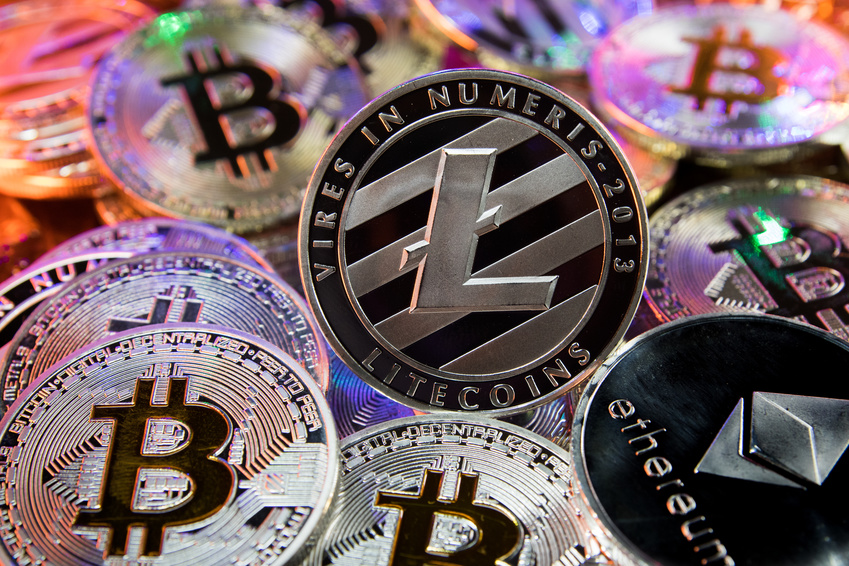 In this case, the amount returned to the lender fully includes the margin – the player’s funds that he originally had and which he provided as collateral. Thus, in addition to the occupied assets, he loses his own assets.

This situation is denoted by the term “margin call” from English. This was the name of the phone call from the broker to the client at the time when the interaction between the exchange participants took place by phone.

Margin-call warns the player that the limit, upon reaching which the funds from the account will be written off in favor of the creditor, is approaching.

To prevent this from happening, the trader can top up his account, informing the exchange that he is ready for further price reduction (and still counts on its increase after a decline). Or he can do nothing and wait for the automatic closing of the position.

Also, the difference between margin trading and ordinary trading is that when you buy a cryptocurrency without leverage, the trader becomes its owner, meaning he can withdraw it from the account, spend it and so on. When buying with leverage, he can not withdraw the cryptocurrency or the margin – the exchange does not allow him.

The success of margin trading depends primarily on the trader’s skills.

The strategies of speculation in margin trading do not differ from the usual ones. A trader can open a short or long position if he or she expects the cryptocurrency to fall or grow, or to borrow money by pumping and dumping if he or she is confident in his or her abilities and success.

But in order to achieve maximum profit it is necessary to take into account a number of nuances and pitfalls in margin trading:

The first rule of successful margin trading is not to bring the situation to a margin call.

Experienced players do not wait for their losses to amount to 100% when the rate falls. They and 50% rarely wait. Most often the limit is set at 20-30%.

This means that as soon as the price goes to the disadvantage for the trader and the losses in his account, including the credit and interest will amount to 20-30%, all the assets purchased on credit will be automatically put up for sale at the market price, and the loan with interest will be returned to the creditor.

Thus, the loss of a trader will be 20-30% instead of 100%, which will occur at a margin-call. Such an automatic order to sell (or buy) an asset at a limit price is called a “stop-loss”.

Sometimes a trader can be sure that after the fall of the rate of assets purchased with credit funds will grow again. Then he replenishes his account in advance with the amount that will not allow to reach the margin-call, for example, for the whole amount of the taken credit or by 50-70% from it.

Thus, it eliminates the risk of automatic loss of funds in case of margin-call and quietly waits for the growth of the cryptocurrency. But it should be noted that this is a risky strategy and requires confidence in the increase in the rate, which usually results from a thorough mathematical analysis of the market and is rarely based only on intuition.

Second rule: before taking a loan, it is necessary to calculate the potential amount of interest payments to the creditor.
The lender receives interest for each day the funds are used. The longer the player uses the credit funds, the more he will have to pay the creditor.

If the interest rate is high (sometimes when the lender provides rare cryptocurrencies, for example), and the player has been using the loan for too long, the total payments to the lender may reach significant amounts.

The third rule is that the choice of cryptocurrency for speculation should be carefully considered. 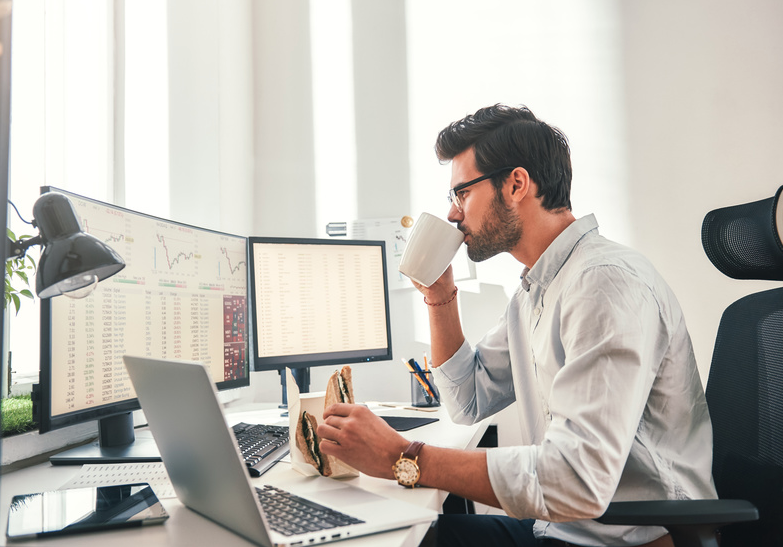 Excessively volatile cryptocurrencies are dangerous for margin trading. Without leverage, it makes sense to speculate, as their value can also rise sharply after a severe fall. With leverage, their sharp fall or jump can also cause a margin call, and even if the player replenishes the account, the probability of another limit being reached is not ruled out.

Plus, the higher the leverage, the greater the risk. And it does not matter that after the fall the currency will grow: if a margin call occurs, the player will automatically lose money.

But currencies that do not move much are not suitable for margin trading. If the currency stands still, the investor who bought it without leverage will not lose anything. But a speculator who buys it with funds borrowed from a creditor, will have to pay him interest on the loan.

With weak growth of the currency, almost all the profit can be spent on interest, and sometimes the player has to pay extra money even from his own funds.

Fourth rule: do not forget that the collateral is the assets in the trader’s account, regardless of the currency in which the credit was taken.
For example, a trader may have 1 Litecoin on his account, which costs $100 at the time of taking a loan. A trader takes a credit in dollars, intending to speculate on a third currency, for example, on Ethereum. Meanwhile, Litecoin is falling against the dollar, and now 1 Litecoin in the trader’s account corresponds not to $100, but to $90.

As a result, the size of the margin is automatically reduced and the margin-call is approaching, although the actual losses as a result of unsuccessful trading may not be the trader’s fault in that sense. Therefore, it is necessary to pay attention to the extent to which the price of all assets pledged corresponds to the price they had at the time of taking the loan.

There are several universal recommendations for traders who have decided to try their hand at margin trading for the first time:

Start with small credits. That is, to take a loan at a ratio of not 1:10 and increase the risks at once in 10 times, but at a ratio of 1:2, increasing the risks only twice.

Determine the amount that can be lost without affecting your financial position, and take loans of no more than 10-30% of this amount. That is, if the investor can afford to lose $1000 in one trade, he should take loans of $100-300 maximum.

Set stop-loss limit orders at 20-30%. At observance of the previous recommendation losses will make 20-90$ that though it is undesirable, but is comprehensible at the initial capital of 1000$.

Choose familiar cryptocurrencies. It is not necessary to start with a coin’s chart the trader has seen for the first time. Best is to start trading without leverage, to understand how the market behaves and what influences the coin’s price movements. When the regularities are determined, then it makes sense to take a loan.

Take a loan thoughtfully. It makes sense when margin trading is much more justified than usual. For example, if there is a rapid growth of the currency or there are obvious prerequisites for it (good news, issue of a promising fork, etc.).

Summing up, we can say that for a trader who knows exactly why he takes a loan, knows how to calculate his risks and, of course, predict the situation in the market of cryptocurrencies, margin trading can be a source of good income in the absence of a significant starting capital.

On the other hand, the higher the size of loans, the higher the risks, and this rule works everywhere. Therefore, a novice cryptocurrency trader should be careful not to give in to emotions – fear and greed are the actual killers in the game of trading.

Liquidated On BitMEX - Why Was My Trade Closed?

Liquidated On BitMEX – Why Was My Trade Closed?

How To Calculate Your Leverage